Are you feeling watched?

Then check out the documentary by rbb Fernsehen​ on the exhibition ‚Watched‘ about Surveillance and Phototgraphy (until 23/04/17 | CO Berlin), also featuring our researcher Dr. habil. Nils Zurawski talking about surveillance, anonymity and its politicality [4:40]:

What is this all about?
Today, surveillance seems to be ubiquitous. We are watchable and watched not only in public, but also in what has been considered our private realm. Every single step can be transformed into data and therefore data becomes power.

The art exhibition ‚Watched – Surveillance, Art and Photography‘ problematizes this potential for abuse, while critically asking for the role of those being watched as well: How does surveillance transform the meaning of privacy and responsibility, what does the conscience about being watched more than ever do with our person(ality), are we actually becoming used to a culture of surveillance and thereby adhere to the logics of control and securitization? And is actually someone who is to blame, who is culpable for this ’surveillance‘ turn or is it rather a societal effect of powerful everyday praxis, a majority of us clinges to? 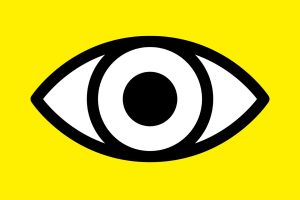 Dr. habil. Nils Zurawski has been doing ethnographic research on surveillance and comments on the underlying discourses and praxis of the questions ‚Watched‘ poses. While acknowledging the totalitarian tendencies and power structures in the abyss created by Big Data and neo-liberal regimes, he claims, too, that we cannot tell what came first – control or desire for control – and how the security and surveillance discourse will change society. Ironically, the logics of control and transparency cannot be made completely transparent.